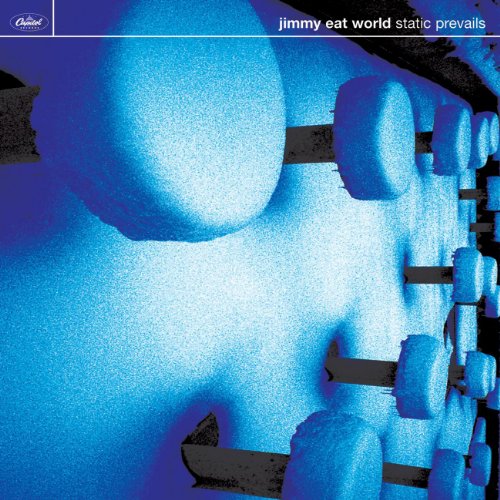 I met Ryan at the restaurant. He had arranged the double date. I’d actually never met my date so I guess it wasn’t just a double date, but also a blind date. I can’t remember where the Italian restaurant was but I remember it being out in the middle of nowhere, to the southeast of my parent’s house. I could maybe google it but it isn’t important. We had the entire place to ourselves, typically not a good thing when it comes to restaurants.

I think one of us knew someone who worked at the restaurant or maybe they were willing to entertain us because we were the only ones there, but they played a cassette tape Ryan had picked up a couple days earlier. On the cassette tape was an early mix of the first four songs from Jimmy Eat World’s (major label) debut album. I had copies of all the other Jimmy Eat World releases, somewhere, but I hadn’t heard the these new songs yet.

All four of us knew the guys in the band to varying degrees. We went to school with them. Some of us had been in short-lived bands with them. We were in the living room for some of their early shows. When they started playing larger shows we were to the right of the stage. We were all part of the same scene. When we heard Jimmy Eat World had signed to a major label we cheered them on because it somehow validated all of us.

The first song started and the guitars… those guitars. Those new songs were like nothing I’d ever heard before. I sat there and I listened to each of the four songs, amazed, ignoring my friends, ignoring my date, and ignoring my meal. All I was interested in at that moment was those songs. I was awestruck. The songs were incredible. I felt inspired and I felt proud. People I knew had made those songs. Jimmy Eat World had made those songs.When the tape finished I asked them if we could listen to it again.

To this day, when I hear these first four songs I feel myself sitting in the booth of that restaurant looking up at the speakers.

One thought on “Jimmy Eat World – “Thinking, That’s All””